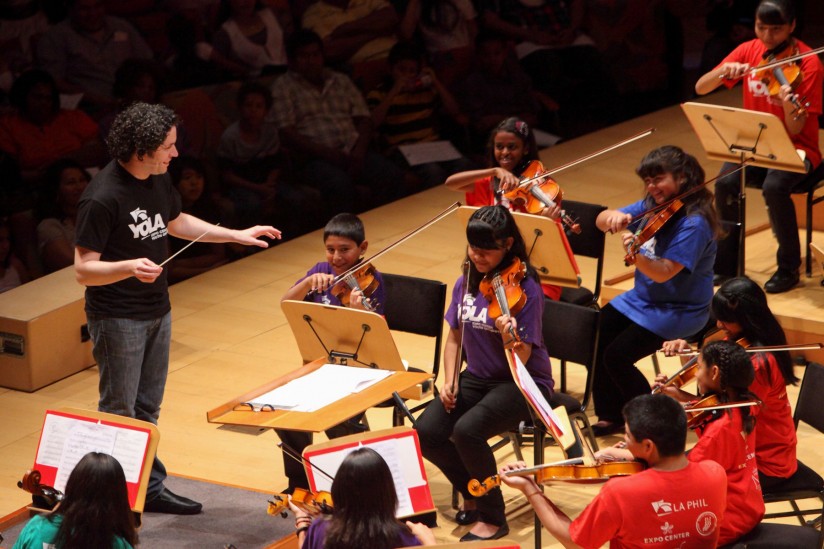 According to the study at University of Southern California, music instruction appears to accelerate brain development in young children. In particular the areas of the brain responsible for processing sound, language development, speech perception and reading skills, according to initial results of a five-year study by USC neuroscientists.

The Brain and Creativity Institute (BCI) at USC began the five-year study in 2012 in partnership with the Los Angeles Philharmonic Association and the Heart of Los Angeles (HOLA) to examine the impact of music instruction on children’s social, emotional and cognitive development.

These initial study results, published recently in the journal Developmental Cognitive Neuroscience, provide evidence of the benefits of music education at a time when many schools around the nation have either eliminated or reduced music and arts programs. The study shows music instruction speeds up the maturation of the auditory pathway in the brain and increases its efficiency.