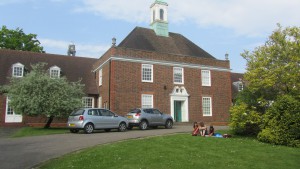 The Youth Music Centre was established in Bigwood House, Hampstead Garden Suburb in 1967 and since that time has become one of the foremost Saturday morning music schools in London.

The essential aim of YMC is to welcome all children from the age of two to eighteen years into our community and to help them achieve their highest musical potential within a creative and happy environment, where they can come together to enjoy making music.

YMC provides classes in musicianship skills for the very youngest children before they embark on instrumental lessons at the age of five or six. After a year of group lessons on the violin, viola, cello, double bass or recorder children are ready to have their first orchestral experience. We also provide theory classes up to grade 8 and voice/aural classes. We are proud to say that we have many children who stay with us for their entire music education.

Reflections on a wonderful milestone

At the 50th anniversary concert of the Youth Music Centre on 18th June it was clear to see that we continue to go from strength to strength both musically and as a community of people who want to share our love of music with each other and with our children. It was a tribute to our founders that our ethos of ‘music for all’ produces standards that are the envy of many more selective musical institutions. Whilst they may pick only the finest cherries our commitment is to take a seed, to nurture it and to see it achieve its full potential. Our beautiful ‘flowers’ were represented in five orchestras, the youngest of which has children of about six to seven years of age who have been playing for as little as two years and who are capable of playing as a cohesive ensemble with a great range of colour and nuance.

Throughout the age ranges and the developing maturity of our five orchestras a highly refined style of music making emerges culminating in a Chamber Orchestra of some 25 young people who produce playing of incredible refinement, a ravishingly beautiful sound and a wonderful sense of ensemble and rhythm. Many of them started their musical journey in our beginner classes and have grown together over the years giving their ensemble playing an intimacy that only great friendships can enjoy.

YMC is indeed a continuum and in sharing our love and commitment to music making at the highest level we are giving our children an invaluable gift for life.

Nigel Goldberg was the Artistic Director and Conductor from 1999 – 2021

He has been an inspiration to countless young musicians at YMC.

After the Advanced Solo Studies course with Professor Yfrah Neaman at the Guildhall School of Music and Drama Nigel won an award from the Martin Musical Scholarship Fund enabled him to continue his post-graduate studies with Emanuel Hurwitz. Nigel Goldberg has been in much demand as a leader and chamber musician. From 1989 to 1999 he led the award winning West End show, Miss Saigon and led the Johann Strauss Orchestra. Since August 2000 he has had the great pleasure of playing duos for violin and viola with his wife, Tatjana Goldberg and last year they formed the Tilanius Ensemble with Laura O’Gorman.

During all that time however, his constant and abiding passion has been working with young children. From being assistant to his first teacher, Eta Cohen in Leeds, to his position as Artistic Director of Youth Music Centre.  His three books of original compositions for young violinists called Sounds of a Rainbow and Three Concertinos in the ‘Olden Style’ are published by Spartan Press and received high critical acclaim.

Youth Music Centre orchestras and ensembles have been first-prize winners in the North London Music Festival every year since 1995. In addition YMC ensembles regularly win first prizes at the Spring Grove Festival. The Youth Music Centre Children’s Choir won its first award, the Iris Macer Shield and in 2003 it had the honour of being asked to perform in ‘Youth Makes Music’ at the Royal Festival Hall.

The Chamber Orchestra has performed at the St Jude’s Proms and has given concerts at the Purcell Room at the South Bank Arts Centre, the United Reform Church, Highgate and St. Mary’s Church, Finchley and at All Saints’ Church, as part of the East Finchley Arts Festival. Since their very first successful concert at St Martin in the Fields in 2011, the Chamber Orchestra has been invited back each year. Recordings of some of those performances can be seen on this website.

Kay Hurwitz, along with three musical friends, founded the Youth Music Centre almost 50 years ago in 1967. As a lover of chamber music, Kay was a very fine professional viola player herself, she was determined to join forces with like-minded musical parents to give their children the opportunity to experience the joy of music making. At first the classes took place in her house but it soon became evident that more space was needed and the move to Bigwood House was the spring board for what we have today  – a Saturday morning music school that has welcomed hundreds of children over the years, either on their way to becoming professional musicians, or to becoming excellent amateur players and keen music lovers. 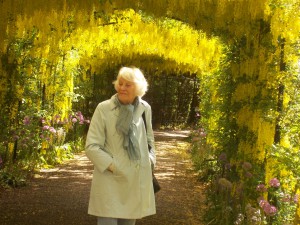 The Youth Music Centre that we all enjoy is a legacy to her love of music and her enormous enthusiasm to pass that on to the next generation. Kay was a familiar figure at YMC every Saturday morning until just a few months before she died at the age of 94 and she is remembered with great affection by all those who were lucky enough to know her.

Two of our students

are members of the National Youth Orchestra.

students have music places or scholarships at various London schools 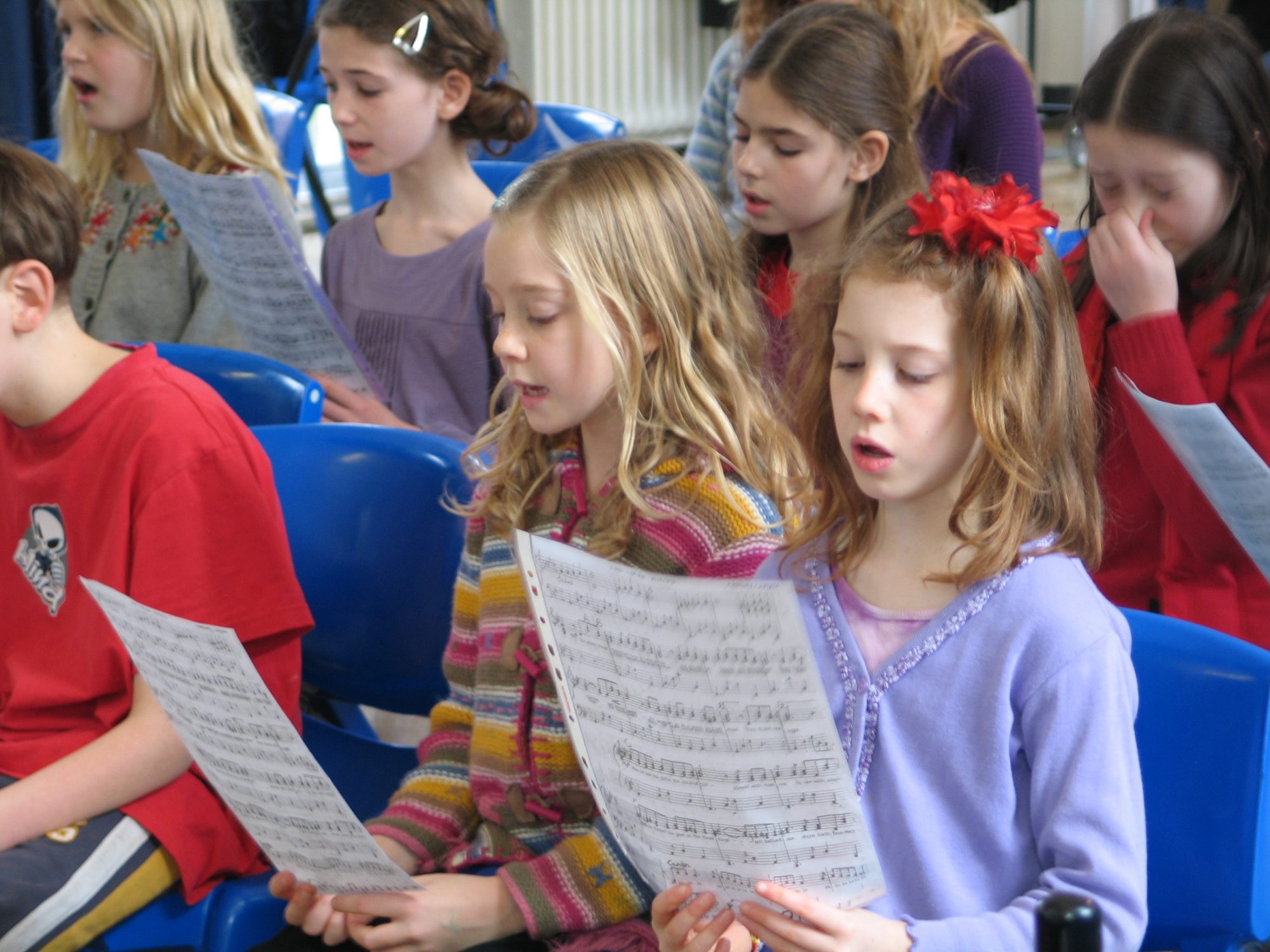 Singing in a choir is good for your soul! Join the YMC choir online this term and you won’t regret it. We meet at 11am (online at present- via Zoom). We have a great range of songs in different styles…. 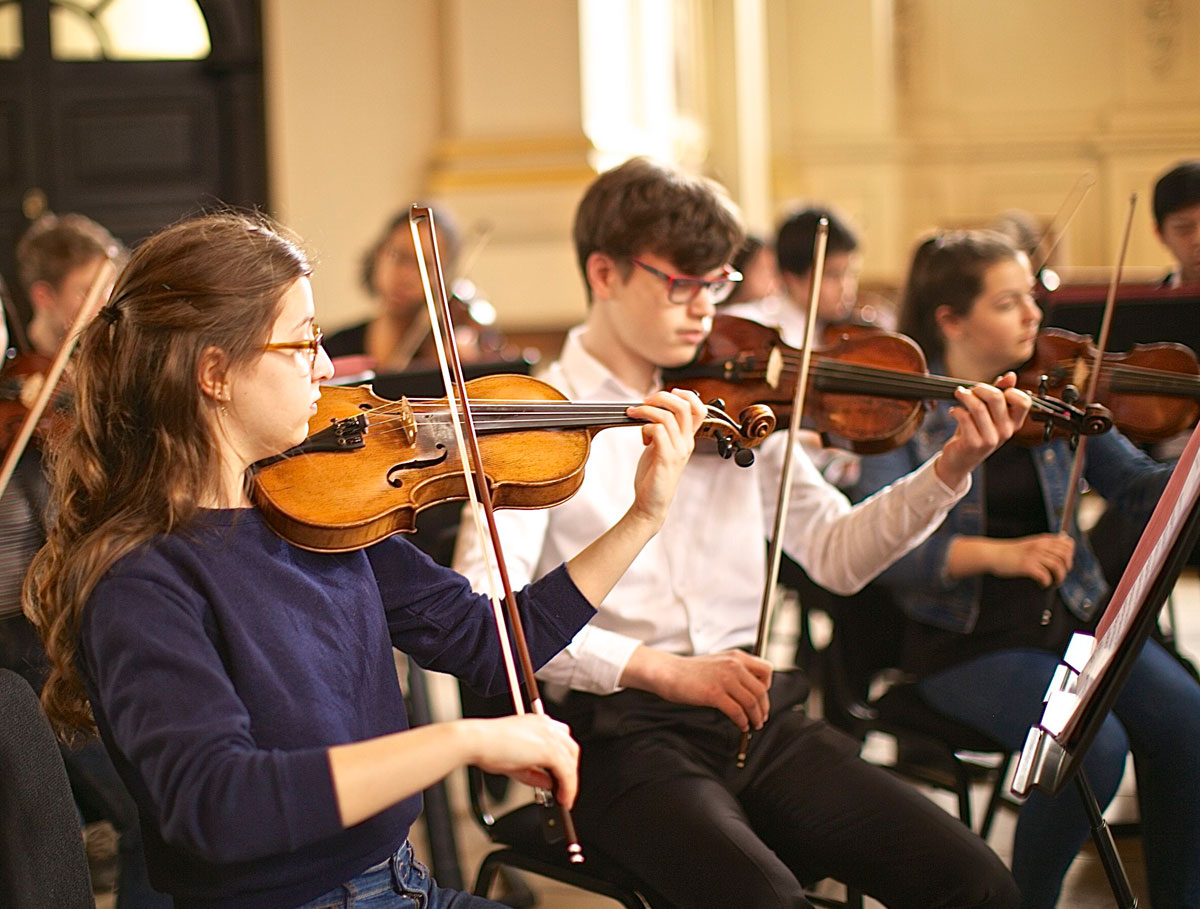 This is our flagship orchestra. Children usually will have achieved Grade 7 – 8 on their violin and Grade 6 on violas or cellos to take part. We play some very challenging repertoire including works specially written for us, therefore… 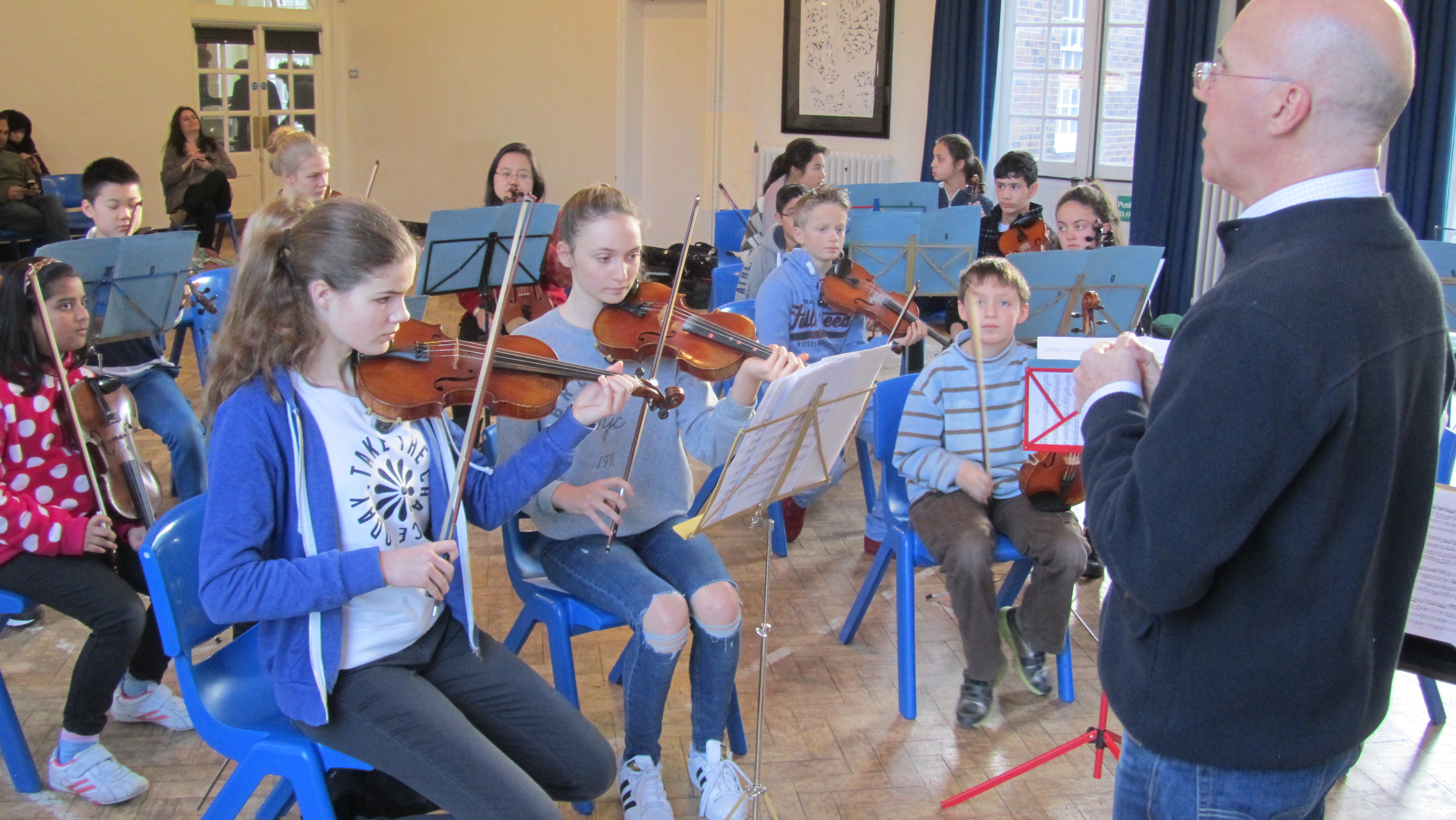 In the Junior Orchestra (for string and wind players) we aim to work on more advanced repertoire and therefore Grade 6 is expected from violinists and a good Grade 5 violists and cellists. Some of the repertoire includes wind players… 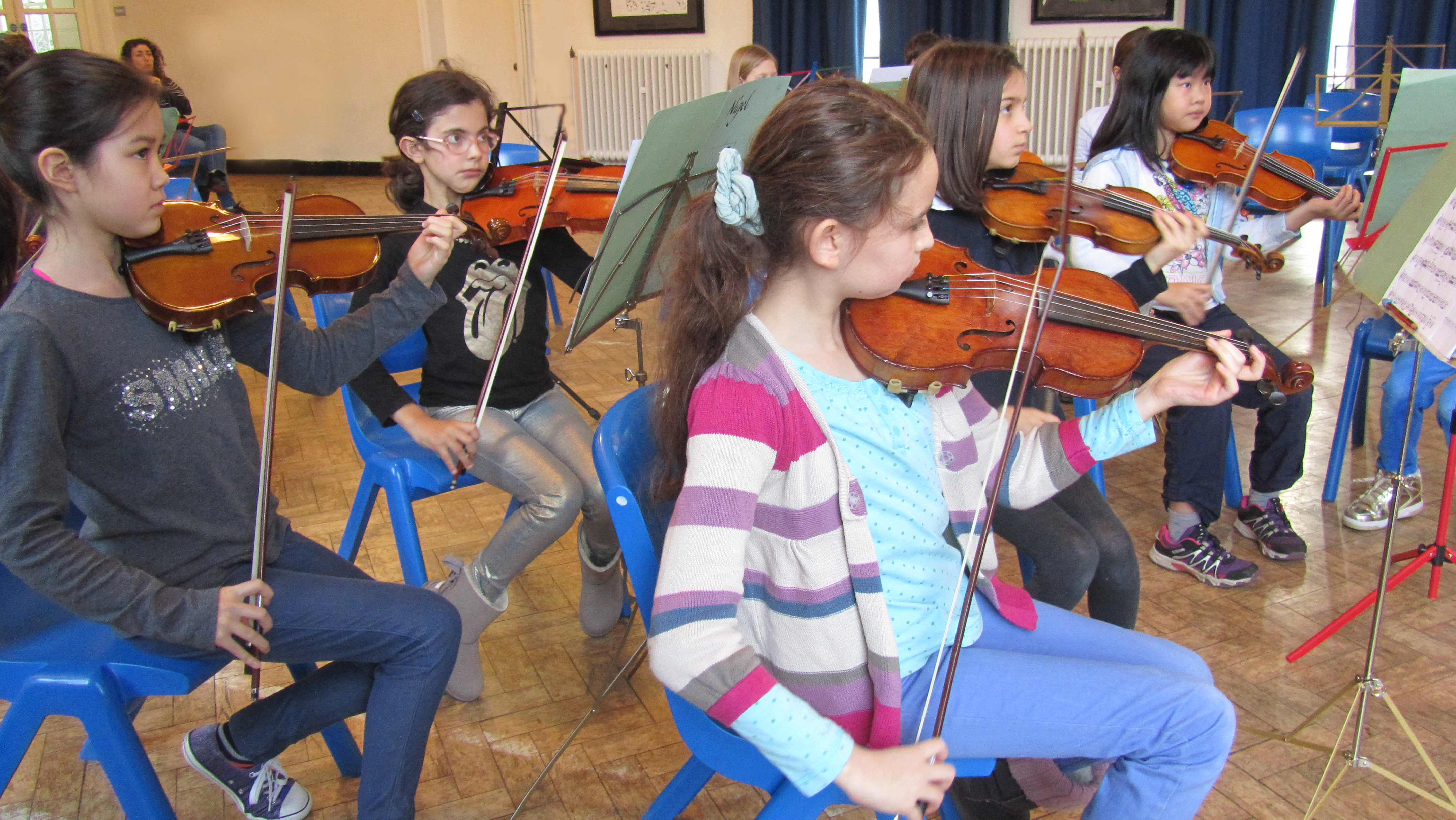 This is a string orchestra made up of children who are usually about grade 5 standard on violin and viola and grade 4 on cello. By this stage they should have a good degree of ‘instrumental’ knowledge in all the…

This is an orchestra for string and wind players mostly made up of children around the ages of 8-11 and the standard of playing ranges from children who have a good working knowledge of 3rd position i.e. grades 3-4 on… 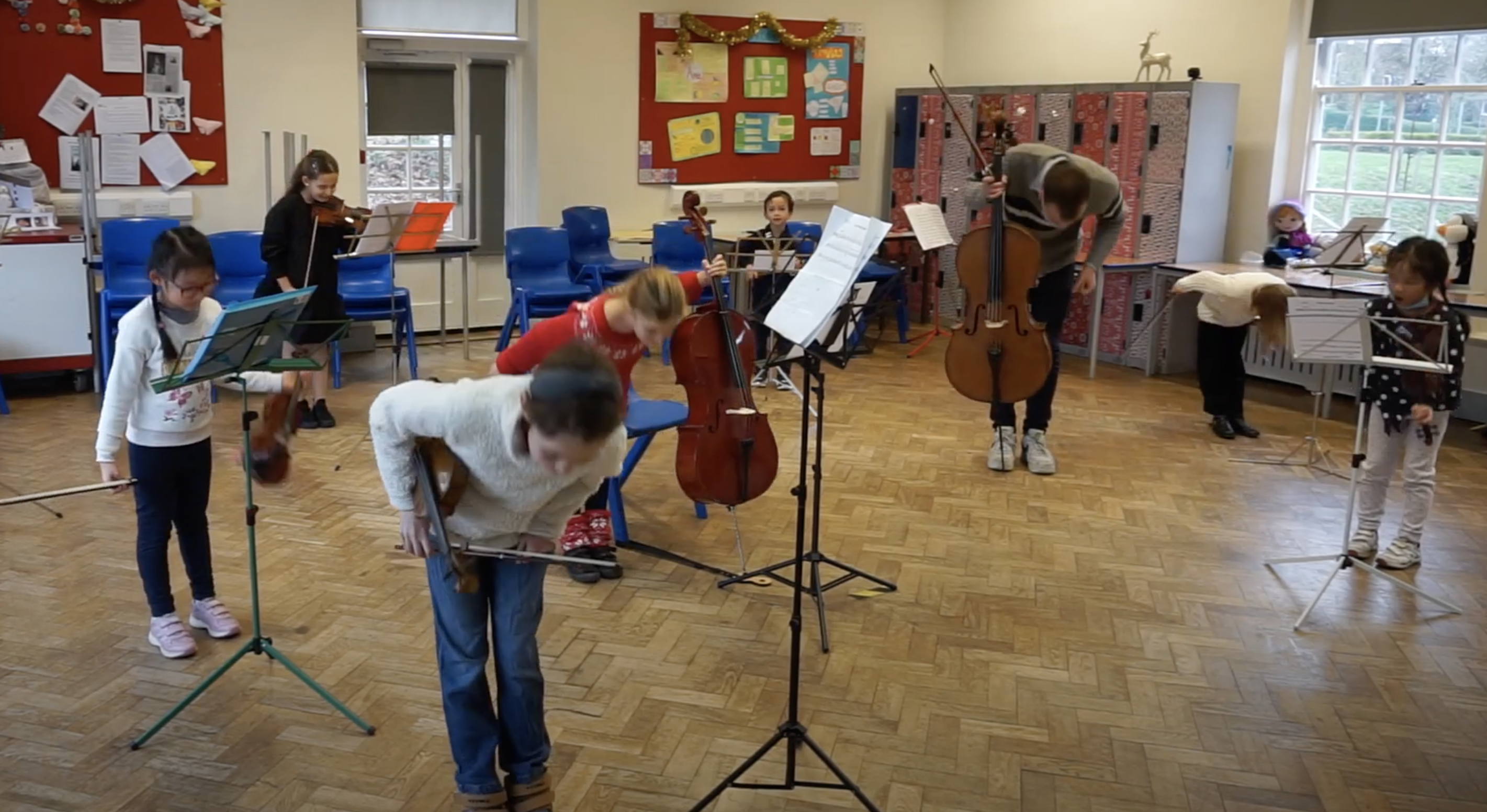 This is a string ensemble mostly made up of children 6-8 years of age. The standard of playing ranges from children who have just left their first year group lessons on violin, viola and cello to children who have taken… 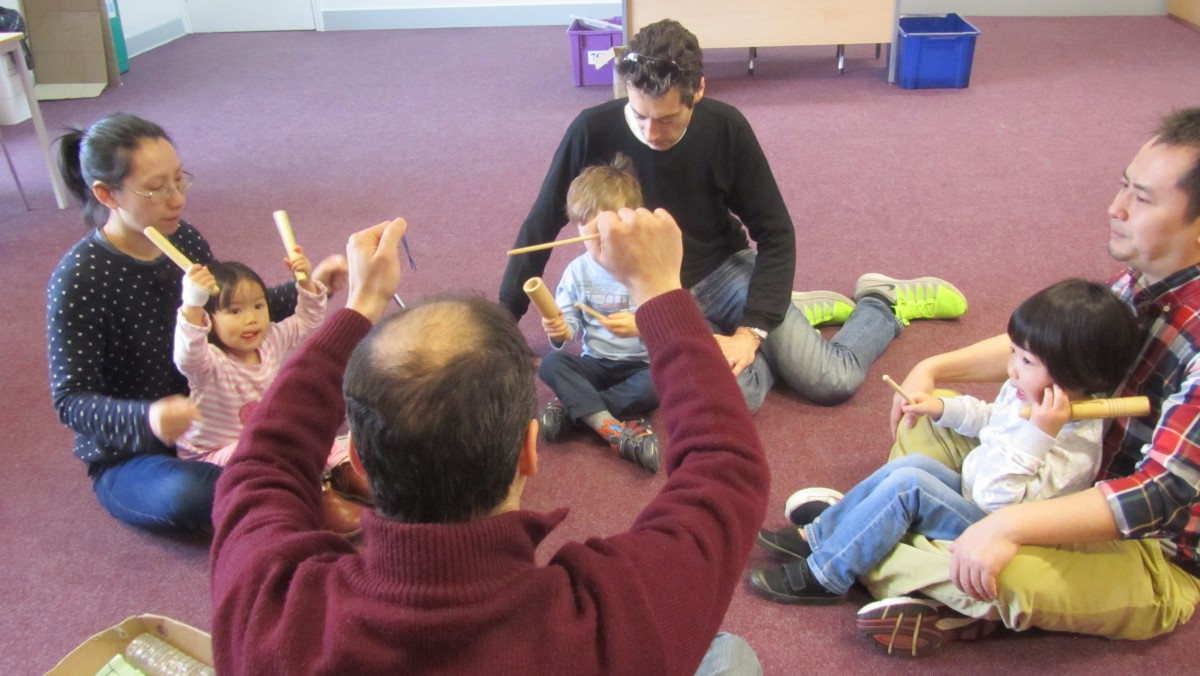 These are pre instrumental musicianship classes which are organised into small groups for our youngest YMC members between the ages of 2-6 years. These classes run every half hour through the Saturday morning arranged by age. The aim of the… 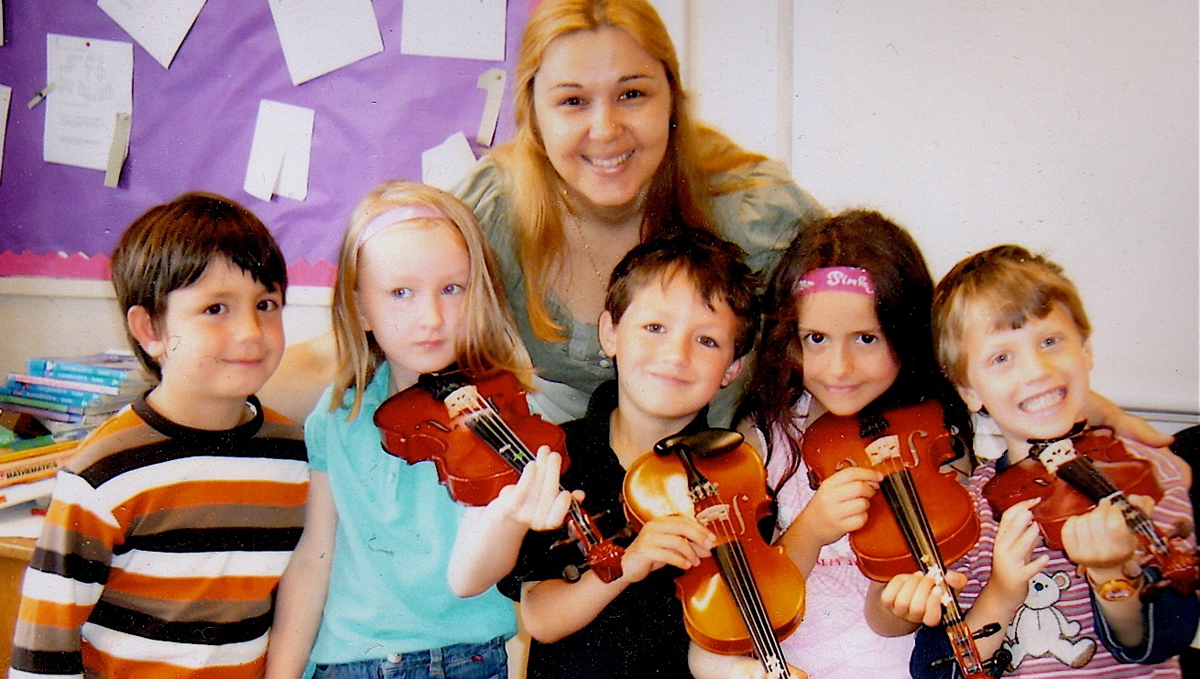 These are group beginner classes for children from 5 years of age for violin, viola, cello and recorder or for flute from 7 years upwards. The classes start every September and run for one year only, after which children are…